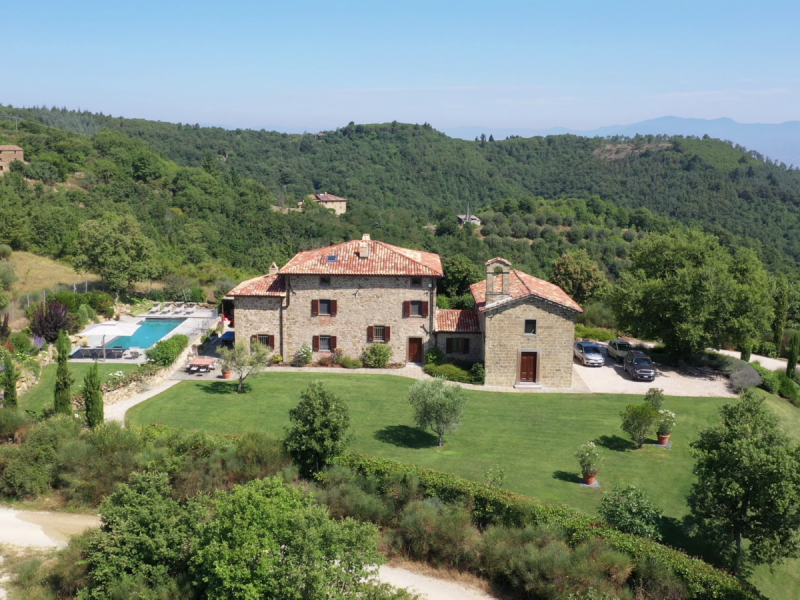 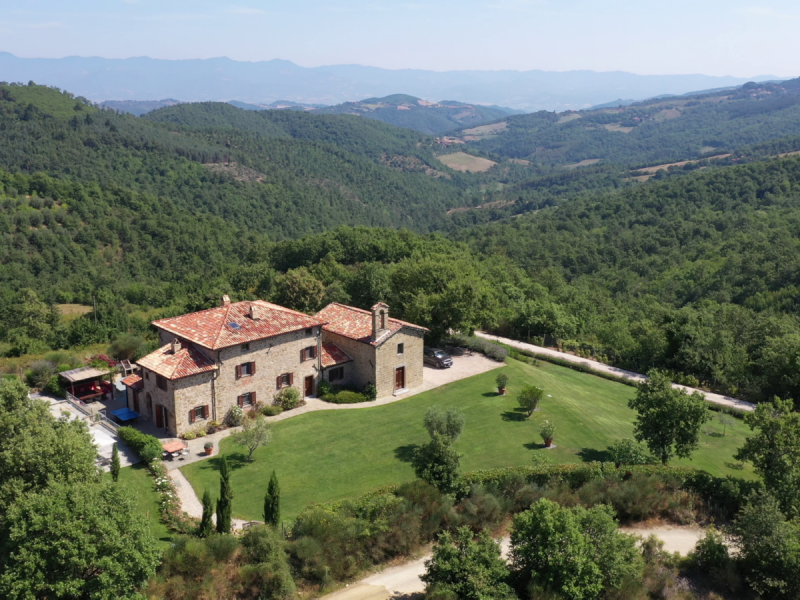 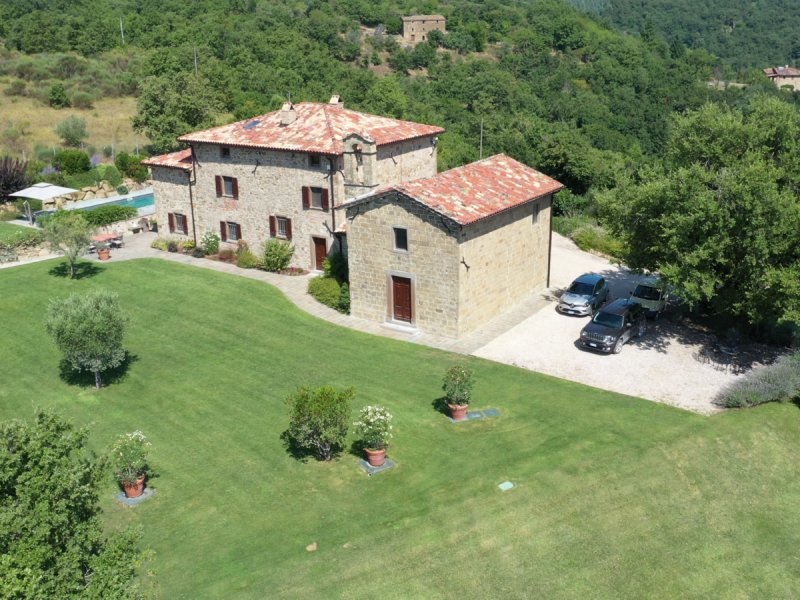 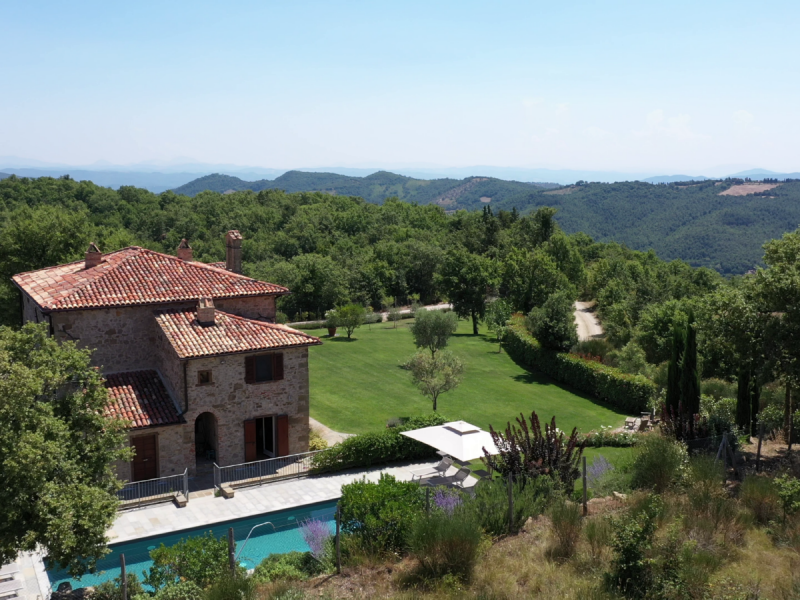 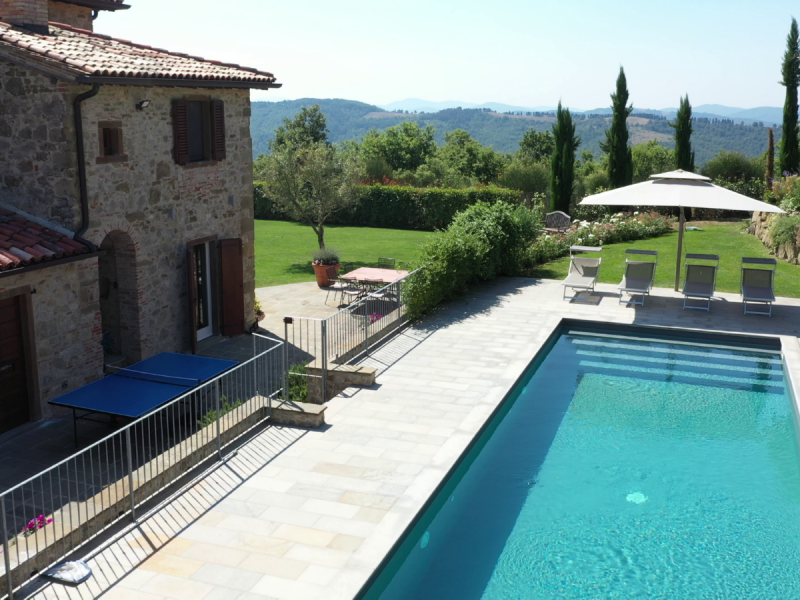 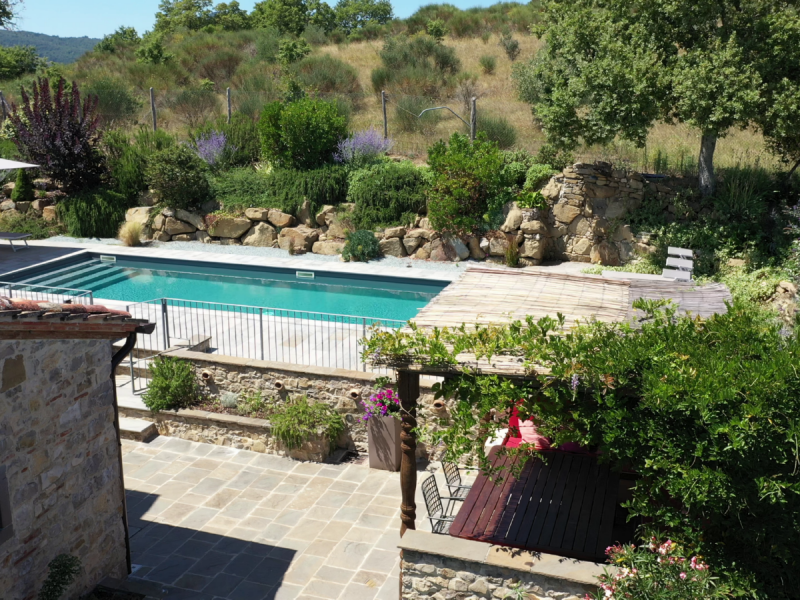 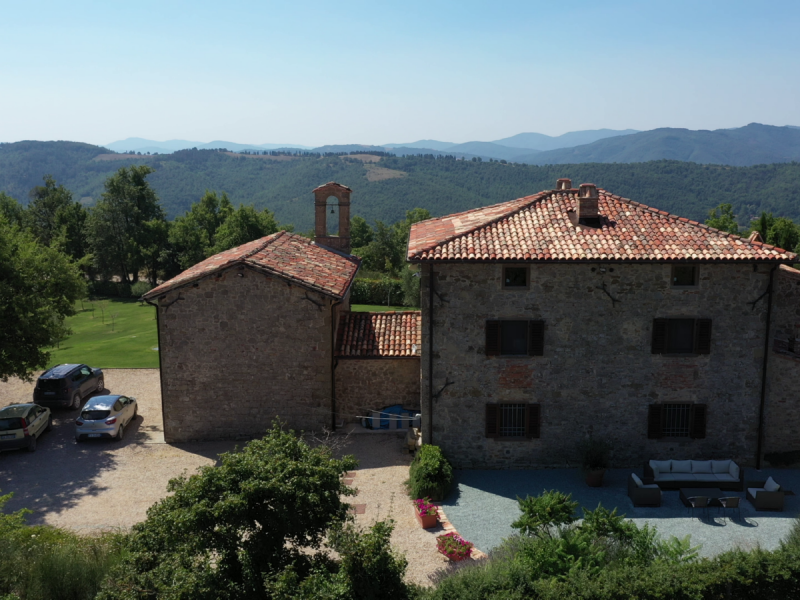 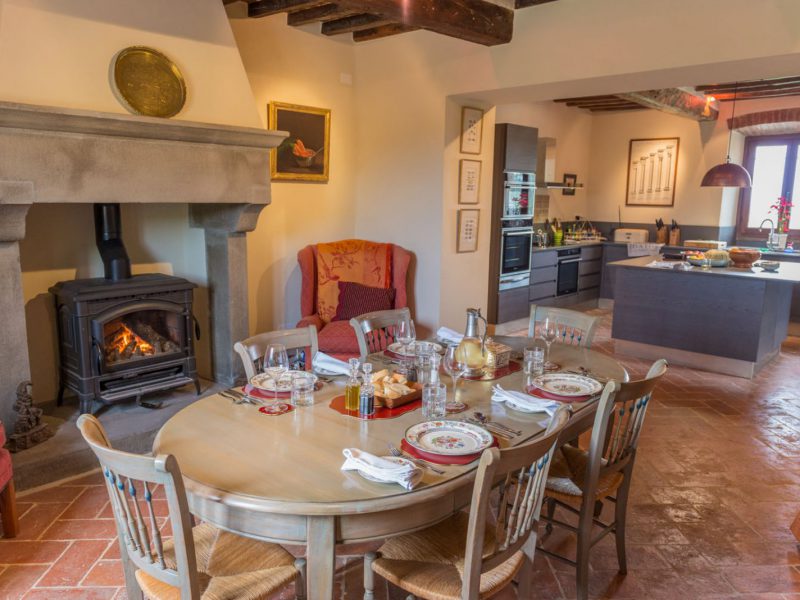 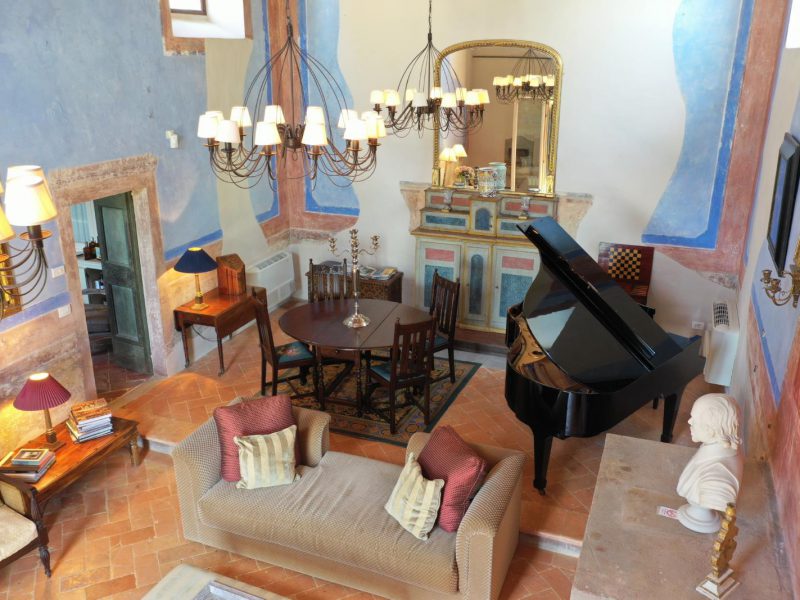 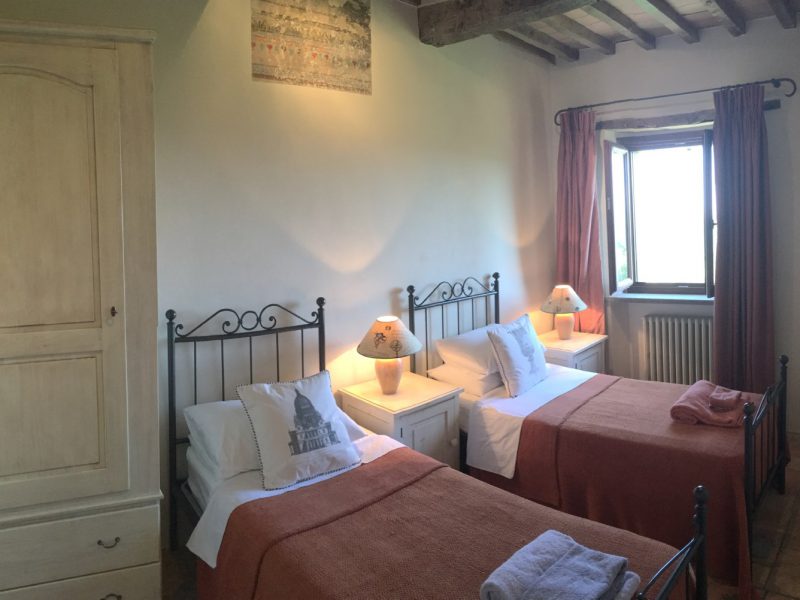 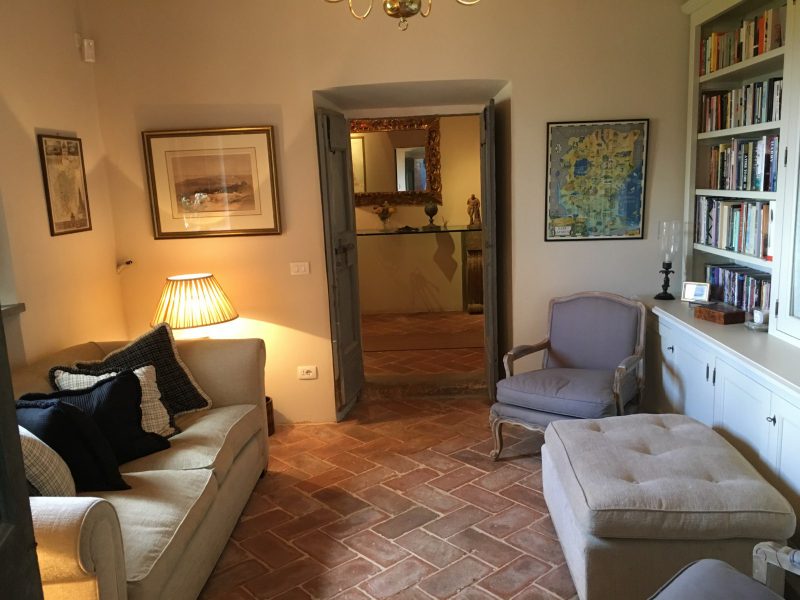 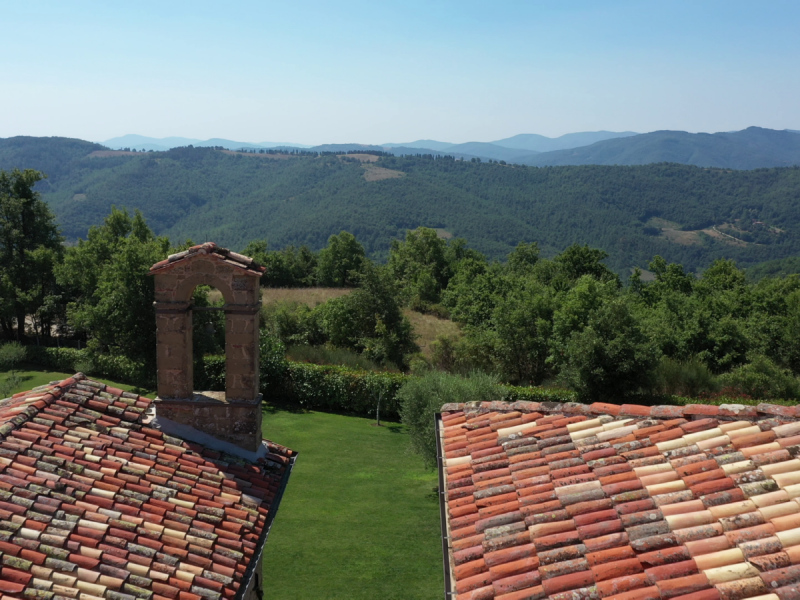 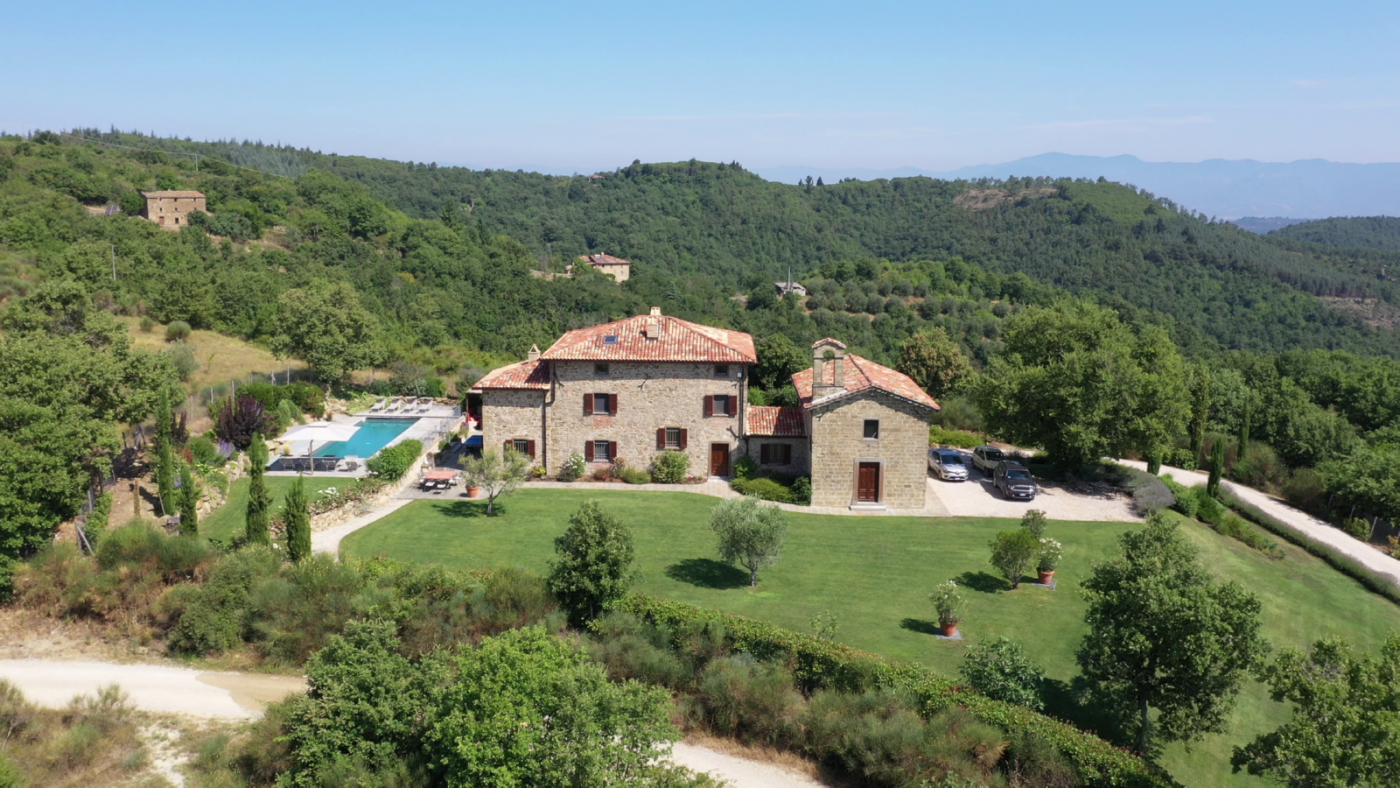 A rare chance to acquire a restored church and adjoining vestry and villa in a magnificent position in the Municipality of Monte Santa Maria Tiberina one of the most charming and beautiful medieval villages in Italy. Once an independent state and now a large Municipality in the Province of Perugia it sits 650 metres above sea level offering breathtaking distant views. There is a good restaurant and small grocery store, post office and even a Police station.
The sympathetic restoration was completed about seven years ago using all reclaimed material and introducing modern bathrooms and kitchen to an exceptional high level.
The rare and interesting feature about this property is the connection from the large house to the vestry and church allowing this property to flow and the church a wonderful living area the result is a welcoming family house that really works.
The ground floor has an entrance hall that leads to a shower room clad in a rare stone that maintains the wood grain formed from its origins, a bedroom and the vestry now a TV room and into the 45 square metre church with the old wooden alter, baby grand piano with three high windows and glass doors giving generous natural light, there is a modern fitted kitchen with two dishwashers, two ovens, dining room with stone fireplace and the all important pantry with various fridges sink and matching units to the kitchen. There is a technical room with a separate entrance which also stores the pool loungers in the winter.
The upper floor has two bedrooms that share a travertine shower room, a third bedroom en-suite and the master bedroom with an impressive cararra marble clad bath and separate WC and shower.
A stone staircase takes you to the four attic rooms that are a further 85 square metres with windows and
skylight that although to low for legal habitation are a project to complete for the children’s ideal play rooms.
The fenced garden is well kept with a front lawn where croquet is played, various seating areas, BBQ area and a the 10 x 5 heated salt water pool with electric cover.
There is a total of 5.4 hectares around the house.
Most of the furniture is available under separate negotiation.

Measurements are approximate, and no responsibility is taken for any error, omission or misunderstanding in these particulars, which do not constitute an offer or contract. No representation or warranty whatever is made or given either during negotiation, in particulars or elsewhere.